Dementia & Sleep Apnoea -is there a link?

The market has no conscience

Local and global shares rose this week as optimism regarding a vaccine and quicker re-opening buoyed cyclical stocks and sectors that were hardest hit in the March falls, with investors rotating out of growth / momentum stocks that performed well during March. US stocks are now up more than 37% from their March lows with European shares up more than 32%. Read more..

Thinking about insurance ahead of retirement

If retirement’s coming up on your horizon, the impact of COVID-19 (coronavirus) may have thrown a warehouse-sized rack of spanners in your planning. Reviewing your levels of insurance will serve to ensure that you hold adequate cover to meet with your needs but don’t chew away at your retirement savings. Read more..

Dementia and Sleep Apnoea - Is there a link?
Article provided by Dr Ross Walker - April 2020 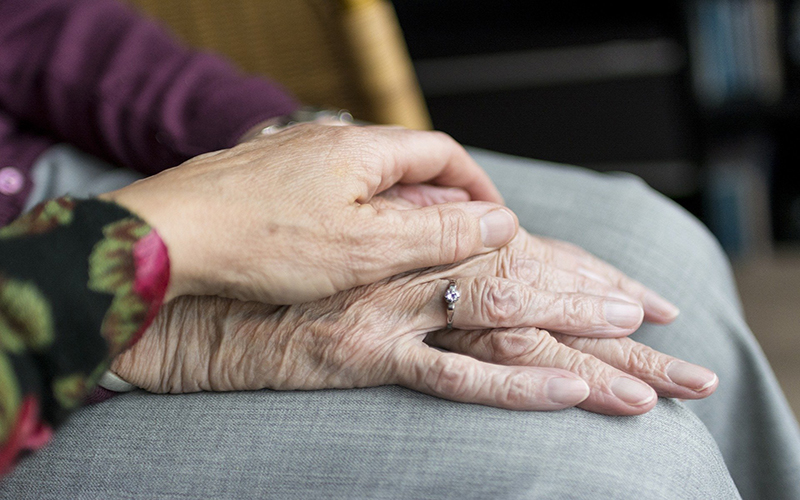 With the constant news cycle continually discussing coronavirus, it is important to remember there are many other medical conditions that need attention and focus. It has been estimated that there are around 44 million people with Dementia in the world at any one time. In Australia alone, it is estimated that there are 426,000 people living with some form of dementia and around 1 million people are in some way involved in their care, either as caring relatives, or in the healthcare sector.

To date, there are no definitive therapies to affect this process, although there are certainly some promising treatments in clinical trials at present that may be available over the next few years. Dementia is the general term for progressive cognitive decline which affects all aspects of thinking and emotions. The commonest cause of dementia is Alzheimer's disease but there are many other factors contributing to cognitive decline, not always due to Alzheimer's disease.

For example, chronic abuse of legal and illegal substances may contribute to dementia such as excessive alcohol, marijuana and other illegal drugs such as cocaine and ecstasy. Chronic traumatic encephalopathy from a severe head injury or repeated blows to the head from a variety of sports may also contribute to dementia. Certain nutritional deficiencies especially involving the B group vitamins may be involved and there are a variety of less common genetic conditions that may lead to dementia. The very common vascular dementia is the second most common form of Dementia, after Alzheimer’s disease.

Recently in the Journal of the American Medical Association-Neurology, a study was published linking the very common condition, sleep apnoea to cognitive decline. In reality, most males and the majority of postmenopausal females have a degree of sleep apnoea. Sleep apnoea is the condition where breathing is affected whilst asleep leading to recurrent bursts of lack of oxygen to the body. When you hear the story of old Grandad passing away peacefully in his sleep, nothing is further from the truth. He probably died from a severe bout of sleep apnoea. The stereotypical picture of someone with sleep apnoea is the overweight, cigarette smoking, alcohol consuming middle-aged male who snores so loudly that the neighbours complain. Although, these type of people do suffer severe sleep apnoea, you don't need to be a very heavy snorer, overweight or a substance abuser to have this complaint. Sleep apnoea is basically divided into two types, central and obstructive and, in reality, is typically,  varying combination of both.

If you imagine having recurrent bursts of oxygen to your brain on a nightly basis for a number of years, you can understand why this can contribute to progressive cognitive decline and even dementia. This study looked at 127 males and females living in France over the age of 65 as part of a Wellbeing & Ageing population study. They had their cognitive function and sleep quality assessed and at the start of the study none of the participants had any features of memory loss. They were given portable home devices to record their sleep quality and breathing during sleep and had a variety of tests for memory and cognitive function. They also underwent MRIs and even the more sophisticated FDG-PET scans to measure brain sugar metabolism. In the significant proportion of people who had sleep apnoea in the study, there was a marked accumulation of the amyloid proteins seen in the brains of people with varying degrees of dementia. This was not seen in those people who did not demonstrate significant sleep apnoea. The brain scans of people with sleep apnoea also showed inflammation in important areas of the brain for thinking.

The key question in regard to sleep apnoea that you need to answer is-after what you consider to be a reasonable night’s sleep, do you feel refreshed or unrefreshed? If you feel unrefreshed, then it is likely that you have significant sleep apnoea that needs investigation with an overnight sleep study. If it is confirmed that you do have sleep apnoea, there is no doubt that improved lifestyle will help, such as significant weight loss, cessation of smoking and alcohol consumption, but, the definitive treatment is nasal CPAP. Some people also derive benefit from the mandibular advancement devices which are a sophisticated mouthguard and all of these various therapies need to be discussed with your doctor.

As we age, it is vitally important we maintain our mental sharpness and it is my opinion that we should use every trick possible to do so. If you do have sleep apnoea it needs to be investigated and managed because who wants the alternative? Sleep apnoea is directly linked to all forms of cardiovascular disease including hypertension, Heart attack and stroke. There is also a link to diabetes and obesity, along with a variety of cancers. Now, it appears, we can add dementia to the list. The best form of any modern disease is not to get it in the first place and the earlier you have these conditions investigated and managed, the better. So, if you are waking unrefreshed and feeling tired throughout the day it is certainly possible you are suffering sleep apnoea which is extremely treatable.