Local and global equity markets were mixed this week with concerns regarding a new virus variant early in the week then drowned out by more hawkish than expected comments from the US central bank chair. Read more..

How does a transition to retirement pension work?

Want to cut back on your working hours without affecting your income and pay less tax in the years leading up to your retirement? A Transition To Retirement (TTR) Pension may provide the financial flexibility you are after. Read on to learn more about the eligibility requirements, thresholds, and benefits of including a TTR pension in your retirement strategy. Read more..

How to save for retirement at every age

The earlier and more frequently you contribute savings for retirement, the better off you'll be in the long run. However, as you advance in your career and age, new considerations for financial planning emerge. Our decade-by-decade guide breaks down the saving habits you should strive for to secure a comfortable nest egg at retirement. Read more.. 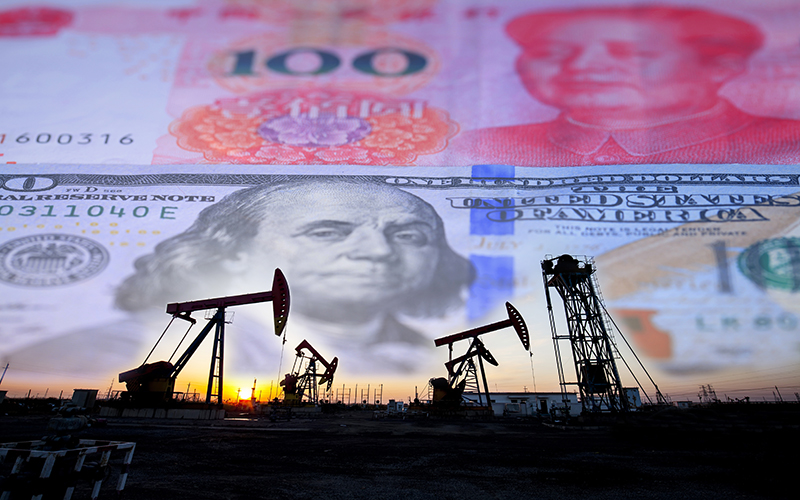 What’s going on in the US in relation to their ongoing stimulus from both the government and the central bank?

The US currently finds itself in a bit of jam in that supply issues, labour shortages, and labour costs are resulting in inflation remaining stubbornly high (ie. over 5% annualised) all whilst there are roughly 11 million job openings and 6-7 million people unemployed. A fair amount of this is the result of covid restrictions/issues and overly generous pandemic unemployment benefits. But it also hasn’t been helped by profligate spending by the US government as part of President Biden’s quite progressive economic agenda which he promised as part of his election win which is both too large and poorly timed. The significant increase in US government deficit and debt over the last 12-18 months has also resulted in the US government pushing too close to its self-imposed debt ceiling which they will need to extend if they are to avoid default and/or firing federal employees. That extension is particularly problematic given the significant division in both political parties. 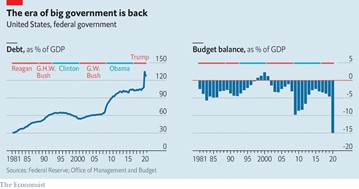 At the same time, you have the US central bank attempting to very slowly reduce the extraordinary amount of stimulus they’ve been providing since March 2020 which has resulted in a cash rate of 0-0.25% and money printing of US$120 billion per month. They’ve also been trying to talk down the threat of higher inflation whilst at the same time suggesting they think they’ve met their inflation target. But they’re a long way off meeting their employment targets in light of the jobs numbers quoted above. So, it’s a balancing act for them, and quite a delicate one, especially given Covid risks remain - too fast an exit from their current very generous stimulus path could spell trouble for markets and highly indebted borrowers (like the US government); too slow an exit could cause higher inflation to be more persistent (hence destructive) and could cause more asset bubbles.

We think the US government will have to shelve much of any new spending plans they have, along with potential increases in taxes to fund those plans. We also think central banks will be very slow and measured, and well telegraphed, in any sort of stimulus reduction from here. That doesn’t mean markets won’t be more volatile in the short term, but we don’t think this is a cause for concern right now.

Higher levels of inflation overseas now appear to be more problematic, and potentially less transitory, than many had expected. How are you seeing things here?

The current higher levels of inflation we’re seeing aren’t consistent across each country and region. For instance, inflation is running particularly high in the US, the UK, and some emerging market countries, but still remains well and truly under control in Australia. The higher inflation is a function of a pop in demand in light of a reduction in virus restrictions and lag in supply in light of covid-related bottlenecks, trade disputes, and inventory management. The higher inflation numbers also haven’t been helped by higher energy prices of late. Most central banks are of the view that the current bout of higher inflation is likely to be “transitory” in that it will subside once the one-time hit in demand has played out and/or supply issues are rectified. Whilst that too is our base case, there is a risk that inflation is stickier than we expect (ie. what timeline do you assign to “transitory) and/or inflation is more structural than we expect (ie. profligate government spending and higher energy costs due to emission targets). We’re likely to see the first signs of this in corporate earnings hence why we’re watching corporate announcements from here. 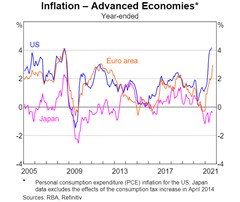 Can you give us an update on all things China given issues seem to be worsening over there?

The Chinese economy is slowing as recently confirmed by the weakest quarterly economic growth number since the March quarter 2020. The weakness is a function of a range of issues which is causing added concern in terms of how difficult it may be for Beijing to turn the economy around. The two most pressing issues right now are the property development crisis which has seen Evergrande, one of China’s largest developers, go to the brink of bankruptcy with a large and messy work through now required in order to limit broader property sector contagion risk in the country. This has impacted property prices, jobs, fixed asset investment, and commodity demand, particularly iron ore. At the same time, energy shortages have wreaked havoc on the industrial production and factory / manufacturing front resulting in higher costs and delays. Some of these issues will subside with a continued relaxation of covid restrictions, but many will require government and central bank intervention, along with private sector support. 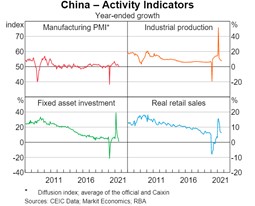 We’ve seen the reports of energy shortages and a potential energy crisis in some countries. Can you explain what and why this is happening?

The energy shortages being reported in some countries are a function of a confluence of factors which have come to a head at roughly the same time thus resulting in significant rise in oil and gas prices and rolling blackouts in some countries. We have a significant increase in demand as the pace of reopening in many countries gathers pace. We have insufficient supply due to the following factors:

The energy shortages will subside, either through an increase in supply (e.g., OPEC+, likely through political pressure), or demand subsiding. But questions remain - Will energy prices settle at higher levels than they have in the past? What will be the short-term implications of higher energy costs? Can developing countries afford the shift away from fossil fuels? Will households in developed countries be able to afford higher energy prices going forward as we transition to renewables? If higher energy prices are sustained this will likely lead to higher cost of goods and services and a potential reduction in consumption. 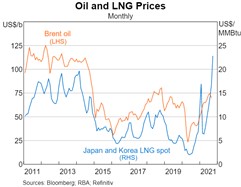