Sending more to the tax office than you should?

The impact of the coronavirus on financial markets

With the spread of Covid-19 the world has responded with unprecedented speed to mobilise resources with work on a vaccine well underway. With a plethora of news articles each day Chris Lioutas, PSK’s Chief Investment Officer shares his views on how this virus will play out in financial markets over both the short and long term. Read more..

When is it worth compromising?

Whether you're buying a home or an investment, compromise is necessary in nearly every property purchase. But how much you should compromise, especially in a seller's market? Rich Harvey from Property Buyers provides his thoughts on the key factors to should consider when buying in today's market. Read more..

With allergies and infections on the rise and now with the Coronavirus, the spread of infection is on everyone's minds. Dr Ross Walker provides theories around exposure as well as the importance of hygiene in our global world. Read more..

Can you keep more money for yourself and work towards being better off from 2017?

As the year-end fast approaches, it’s a good time to think about how you can start working towards being better off.  Before the end-of-year holidays start shifting into full swing and before you know it you’re splurging your hard-earned money, take a moment to think about whether you can give yourself more, starting this coming year. 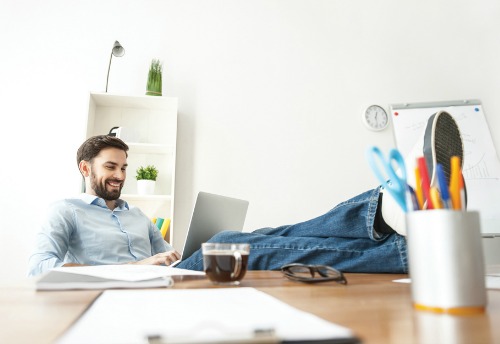 Boost your future with pre-tax dollars

It makes financial sense to put money away for your future rather than sending it to the tax office never to be seen again. So if your employer allows you to salary sacrifice some of your pre-tax income next year, you may be able to put an agreement in place (be sure to get it in writing) so you can boost your super and reduce your tax bill at the same time.  In a nutshell, salary sacrifice lets you pay extra money into your super before your salary is taxed. The money is taxed at a concessional rate of taxi of 15% which is probably less than the tax rate applied to your earnings. There’s a bit of a catch because you can only deposit a limited amount ($30,000 per year if you’re under 50 in the 2016/17 financial year; $35,000 if you’re older).

A little makes a big difference

Let’s look at how salary sacrifice can work.  Angie works as a marketing consultant. She’s 50 years old. Her goal is to start using her salary of $80,000 more effectively so she can build up her super.  Using her current savings plan she saves about $10,010 a year—each fortnight she directs $385 from her pay into her regular bank account.  When she originally sought financial advice, she asked whether it was a good idea to deposit the $10,010 from her savings account into super (after-tax dollars) or whether there was a better way.  Let’s see how Angie adds $15,282 to her super (instead of $10,010) without reducing her take-home pay.

By salary sacrificing pre-tax dollars into super Angie significantly increases her super contributions for the year and benefits in several ways:

If you’re wondering whether you could be making more of your money this coming year, come and see us. We’ll help you work out the financial strategies that can help you reach your goals and whether you can save tax and keep more for yourself in the long run. It’s never too late or too early to put plans in place for your future. Call us today.