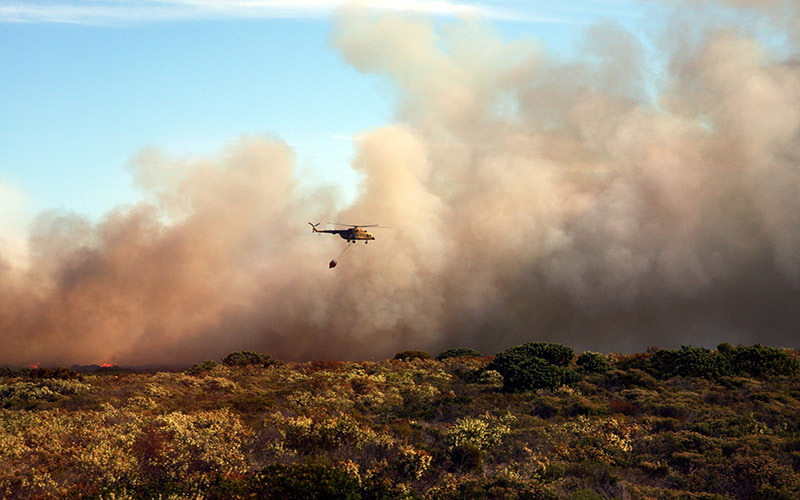 The ongoing bushfire crisis in Australia has fuelled the debates about climate change. On both sides of the argument are people who firmly believe that humans are having a direct effect on the world’s climate, whereas there is a smaller group of people, albeit just as vocal, suggesting this is scaremongering nonsense.

I would like to present an alternative slant on this debate, presenting some scientific facts. There is unequivocal data demonstrating that, now, one in eight deaths around the world are directly linked to air-pollution. In China, this is one four deaths. The World health organisation suggests that 4.2 million premature deaths per year are directly linked to air pollution.

There have been a number of studies released over the past decade linking exposure to air pollution and all of our common diseases including cardiovascular disease, cancer, respiratory diseases, Alzheimer’s disease and most recently a study showing increased risk for osteoporosis.

Why does China have a greater risk? Clearly, because they have a greater population. The big issue here is over population by humans, creating pollution. Thus, there is no doubt that human beings are having a profound and detrimental effect on the world’s environment and in my view, the  on-going arguments as to whether there is or isn’t climate change should be put to bed and we should be dealing with the population crisis and the clearly disastrous effect on the environment.

I was recently in the Shanghai region of China and the atmosphere there every day looked & smelt like Sydney on a bad bushfire day. Recently, in Sydney at the height of the bushfires, it was estimated that our air quality what worse than places like New Delhi, Beijing and Shanghai.

As our current bushfire crisis appears unprecedented, it is difficult to say what the short and medium term effects of bushfire smoke exposure may be to our health. Speaking to my friends, colleagues and also my own experience, I have no doubt regarding the effects on our eyes, throat and in some cases breathing.

On a very bad day recently in Victoria where the bushfire smoke was very intense, there was a 50% increase in calls to the ambulance service for breathing difficulties. These figures are consistent with other Australian and international research in the area.

We are no longer experiencing short term effects as the bushfires have been raging for weeks. All we can do is extrapolate data from other forms of the pollution to determine what may happen in the long-term. It has been established that significant health effects occur from exposure to what is known as PM 2.5 particles, typically inhaled in all forms of pollution. It has been demonstrated that the smoke from bushfires has the same type of particles and the more prolonged our exposure, the greater probable risk.

Laboratory and animal data demonstrate that exposure to any form of air pollution which includes motor vehicle emissions, bushfires, wood or coal smoke activates the inflammatory system in our body which is the common denominator for all of our modern medical diseases.

No one would dispute the tireless work of the fire services around Australia and the ongoing attempts by our authorities to offer as much assistance as possible. The government has just announced a $5 million package to investigate the health effects of exposure to bushfire smoke. Unfortunately, there is only so much that can be done until the weather changes and our country experiences significant rain. I’m certainly not going to start the blame game but hope that preventative strategies in the future will ensure that this devastation never recurs.

In the meantime, all I can suggest as a doctor is common sense. As I drive around Sydney, I still see foolish people cycling, jogging and vigourously pushing strollers with a child in tow. I would suggest that until the air clears, if you want to exercise, do so indoors in a well-ventilated environment that does not have smoke from the outside.

Of course, if you have any acute symptoms it is vital you consult your doctor or attend your local accident & emergency department. Clearly, the current bushfire crisis is not a short-term temporary inconvenience but certainly a National disaster that needs a comprehensive plan including addressing the potential long-term health effects.